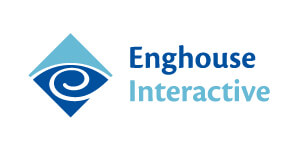 Continuously monitor and improve your business operations, performance and efficiencies with an integrated quality management and call center optimization suite

Enghouse Interactive Call Recording is an affordable, feature-rich call recording solution that is utilized by businesses of all sizes across the world for compliance, security or improving service levels. And it is a preferred call recording product for many of our resellers because it is so easy to sell, install and support

Imagine a virtual coach that helps your agents say exactly the right things, in the right way, on every call, and respond correctly to your customers in any given situation. Imagine how this would help you increase customer satisfaction, maximize business opportunities, boost your employee’s motivation, and strengthen your relationship with your customers. With Enghouse Interactive’s Real-Time Speech Analytics solution, you have a tool that does just that.

It’s a balancing act – Staffing can be one of the biggest challenges when managing a contact center. Too many advisors can result in higher operating costs whereas too few can lead to unhappy customers. Workforce management software allows you to accurately forecast call volumes, leverage flexible scheduling processes, provide real-time adherence data, and produce reports that measure performance – ensuring the right balance between resources and costsistent customer experiences and ensure high customer satisfaction. 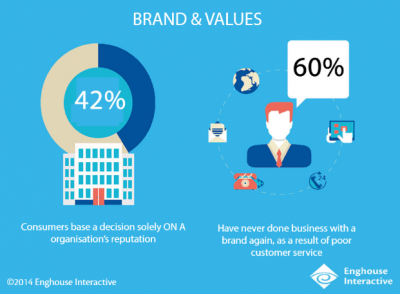 42% of customers base their decision solely on a organization’s reputation, therefore the quality of service is very important.

All packet capture based PBX’s:

Call Recording Costs Reduced by 60%
NRG Energy, Inc., a wholesale power generation company, needed a call recording system for the Cisco IP telephones its power marketing employees use. The hardware-based system the company initially deployed proved to be expensive and unreliable. Since replacing the system with Enghouse Interactive Call Recording (formerly CallRex), NRG has enjoyed freedom from telephony cards, a lower cost of ownership, ease of installation, and ease of use.

Background
The need for energy is never ending and NRG traders work in shifts 24 hours a day finding the best markets for the company’s electrical power, capacity, and related products. NRG records all trader telephone conversations to help document transactions, and to resolve any questions that could arise during the settlement process. When the company began transitioning to Cisco IP phones, it purchased a call recording solution that required installation of telephony boards which was expensive and, worse, proved to be unreliable.

The company deployed Call Recording to 35 users in its power marketing floor, as well as five users in its offsite disaster recovery center and operations control center in New Roads, LA. Deployment was easy. As a software-based solution, Call Recording doesn’t use proprietary telephony cards which add to the cost of a solution, are complex to install and introduce potential points of failure.

Benefits
After a bad experience with a recording solution that required telephony cards, NRG welcomed the software-based approach of Call Recording.

“I just love that there is no hardware involved,” says Sally McPhillips, Telecom Manager at NRG. “I immediately was drawn to the fact there would be no hardware dependencies. With our old system we had a two-month period in which we had three different technicians out here trying to get the telephony cards stable. They kept changing things one at a time and the problems continued. The last straw was when they wanted to charge us big time for a new driver to keep the system functional for a planned CallManager upgrade. At that point we began looking for a new solution. [Call Recording] works no matter what version of CallManager you use or are planning to use.”

NRG has enjoyed a lower cost of ownership with Call Recording because of its lower cost per license, and because of the complete flexibility in determining how many phones to record.

“We are paying 60% less on a per-phone basis with [Call Recording],” says McPhillips. “Our previous supplier charged about $1,000 per phone. Because it required expensive telephony cards the cost was determined not by how many phones we were actually using, but by how many phones the hardware would support. In my experience, this meant dealing with sizable increments— going from a 12-port board to a 24-port board and so on. It was a relief to find the flexibility of simply purchasing licenses for the number of phones we needed to record.”

The installation process proved extremely popular with NRG, which had experienced deployment problems with its previous IP recording solution. “When we set up the phones for our disaster recovery site, it was Brian Walsh from Enventis Telecom and myself,” says McPhillips. “I reported back to my boss, that from start-to-finish, it took about one hour to install, configure and start recording. I was floored by how easy it was. With our previous system we had a technician on site for three days trying to get their system up and running. The ability to set up and use the [Call Recording] software within an hour was astonishing. It was a wonderful shock to see how easy it was.”

Call Recording has proven to be easy to use, and rock solid. “Our power marketing employees like [Call Recording] because it is easy to search for phone calls,” McPhillips says. “For example, a trader who wants to review the details of a transaction can search by outbound number, inbound number, or they can search by time of the call, for example, looking at calls they handled between 9:30 a.m. and 10:00 a.m.”

Because all calls are captured digitally and stored on a hard-drive, instead of on tape, this gives NRG the freedom and flexibility to then back up this data to another storage device. Providing a copy of a call is as simple as sending an email with an attachment. “This is a huge help in the settlement process,” McPhillips says. “We don’t have the need to verify conversations on a daily basis, but when we do, Call Recording comes through beautifully.”